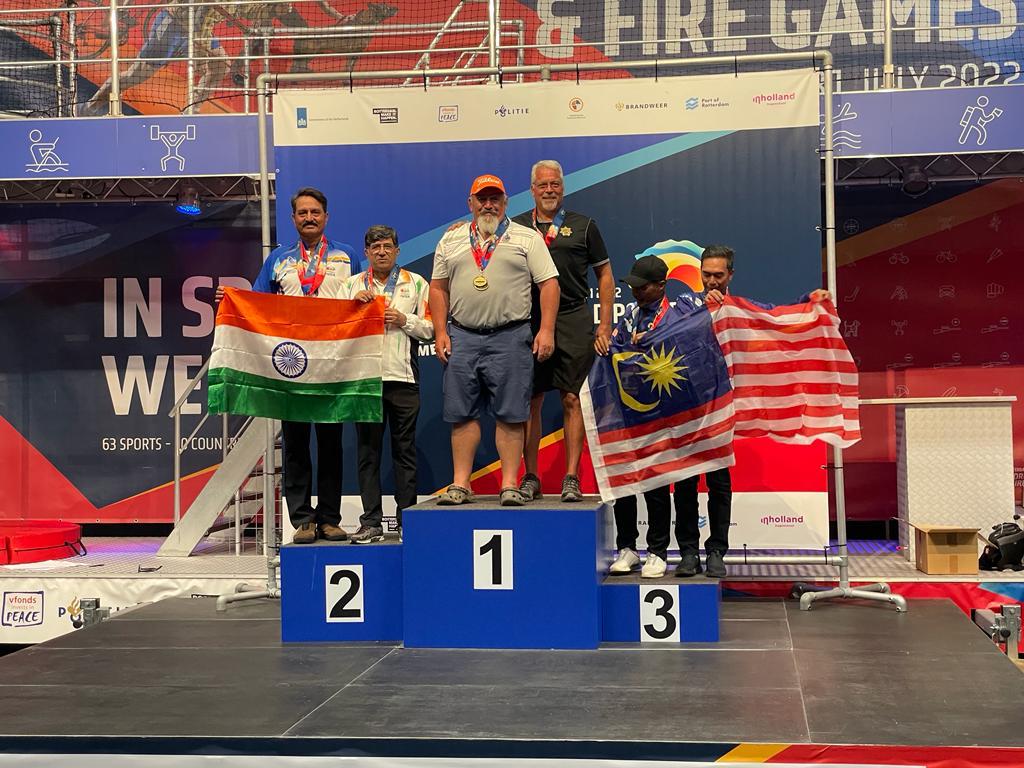 Pushpinder Rathore who was the Tour champion in the first season of the AVT Champions Tour, India, took away a host of medals at the World Police & Fire Games in Rotterdam, Netherlands. His travel and stay to Rotterdam was courtesy the AVT Champions Tour who’s winner each season is awarded with participation in an internationally reputed amateur tournament.

Pushpinder won one gold and three silver medals in the gross and net individual and team competitions. Other players representing India at the annual tournament included Kulvinder Singh, KK Sindhu and Kashmir Singh.

The team of Rathore and Kulvinder Singh won silver in both gross and net team category while the team of Sindhu and Kashmir Singh won Silver in the team net category.