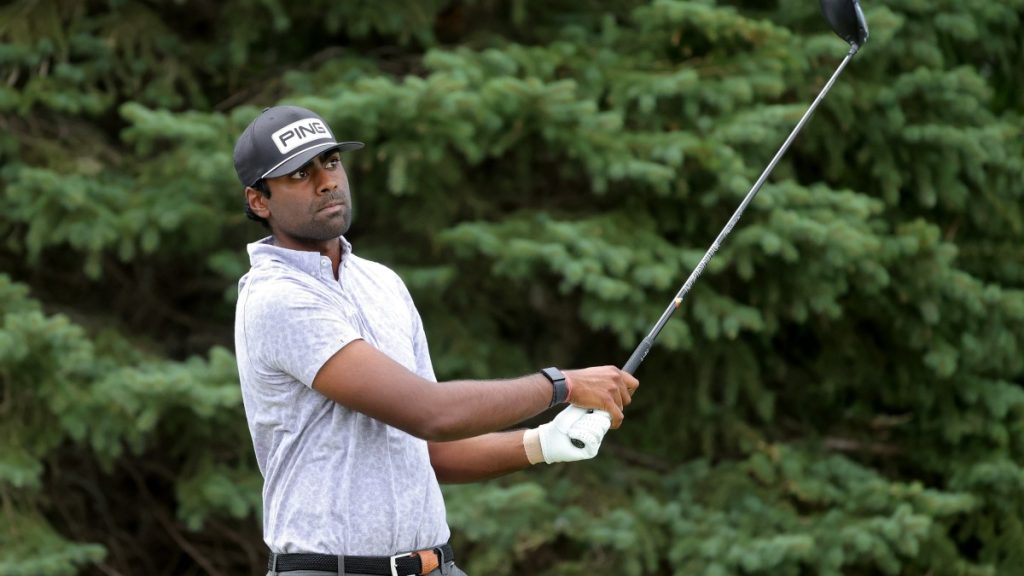 Another American of Indian origin, Sahith Theegala, who is making waves in his first year on the PGA Tour, shot strong opening rounds of  68-67 to lie 7th but faded on the weekend with poor putting and scores of 73-73 to end at 7-under 281 and drop to  57th at the US$ 8.4mn Rocket Mortgage Classic in Michigan.

Theegala,  the 2019-20 US College Player of the Year, has contended a few times this season on the PGA Tour and is expected to win soon.  He was the 54-hole leader at the Sanderson Farms Championship, and finished 8th.  At the Phoenix Open he was leading with two holes to play on Sunday, but his tee shot unexpectedly bounced into the water on the 17th putting him one shot out of a playoff. In the Travelers Championship, the 24-year-old had the lead standing on the 72nd tee but a bladed fairway bunker shot led to a double bogey and cost him the title.