On Sunday,  27 yr old Englishman Matthew Fitzpatrick outlasted a star-studded field to claim his first major title, the $17.5Million U.S. Open,  his first tournament win on the PGA Tour. Fitzpatrick finished at 6-under after shooting a solid 2-under 68 in the final round. It was the breakthrough many had been expecting from Fitzpatrick, who had won seven times on the European Tour, including twice at the DP World Tour Championship in Dubai and has had 7 top 10’s on the PGA Tour already this season.

25 year old Will Zalatoris finished second alongside World No. 1 and reigning Masters champion Scottie Scheffler at 5-under. Japan’s Hideki Matsuyama shot a tournament-best 65 to claim fourth place at -3 while Rory McIlroy and Colin Morikawa finished in a tie for fifth at -2.

Here are three takeaways from the tournament. 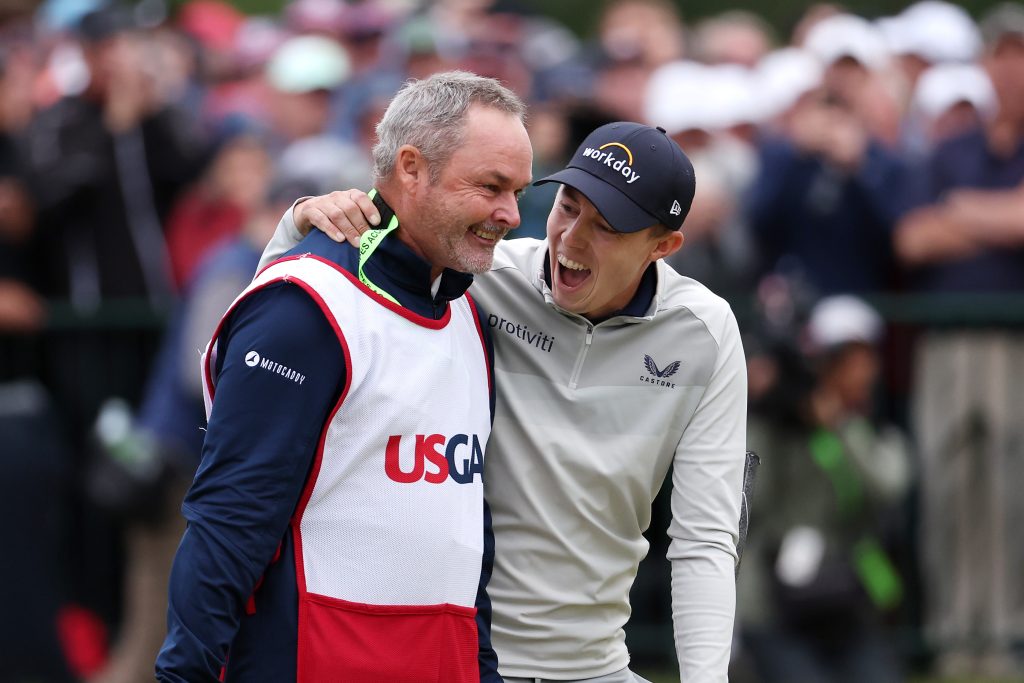 With his win at The Country Club, Fitzpatrick became the first European, and just the 13 th golfer ever to win both a U.S. Amateur Championship and a U.S. Open. The last player to do it was Bryson DeChambeau, who won the Amateur in 2015 and the U.S. Open 2020. Before that you have to go back to Tiger Woods, who won three Amateur titles in the 1990s and his first U.S. Open in 2000.

That’s pretty good company to be in.

The 5 foot 10 inch tall, slender framed Fitzpatrick’s U.S. Open win also represents a dramatic change in his game where he trained hard to gain 10mph speed with his driver and go from a short game specialist to a powerful hitter with a solid all around game to be able to compete on the world stage. Indeed he drove the green on the 310 yard 5th hole and flew his 2nd shot to the green on the 557 yard par 5, in the final round.

A month ago, Fitzpatrick struggled to a 3-over 73 while playing in the final group at the PGA Championship. On Sunday at Brookline he looked like a different player – one in control of his swing and his emotions. He missed only one green in what will be remembered as one of the best ball striking rounds every played in a major championship,  and hit two stunning iron shots over his last four holes to clinch the title. The first came out of the rough from 224 yards on the 15 th that led to a 19 foot birdie putt and gave him the lead for good. The second was his shot from the bunker on the 18 th into the heart of the green while clinging to a one-shot lead. It forced Will Zalatoris to try to make a birdie to tie, which he failed to do.

Over the course of four days, Fitzpatrick led the field in GIR at 72.22 per cent and in birdies made with 19. He was also fifth in fairways hit at 69.64 percent. In other words, he was a worthy winner. 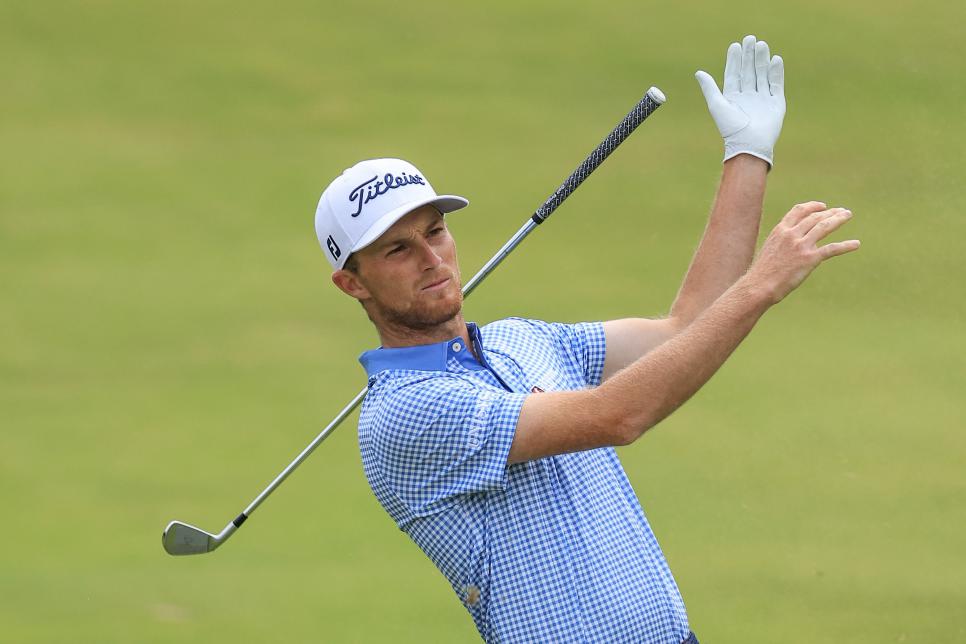 It’s difficult to look at a top-5 finish in a Major championship as a disappointment, but that’s what it has become for Rory McIlroy. Nobody has won more Majors than McIlroy since he won his first in 2011 but his major drought is now approaching eight years; years that represent the prime of his career.

Having won last week in Canada, McIlroy was one shot out of the lead heading into

the weekend, seemingly primed to challenge for the title. But that challenge never materialised. McIlroy moved backwards on Saturday with a 3-over 73 that included just one birdie, and never got going on Sunday. It’s an inexplicable run for a player who looked like he would dominate the game for years after he won the British Open and the PGA Championship back-to-back in 2014.

It was also more major heartbreak for Zalatoris, who lost in a play-off last month at the PGA Championship. The likeable Texan led by two shots early on the back nine but could not recover from bogeys on the 12th and 15 th holes. His putt for birdie to force a playoff on the 18 th was an agonising inch wide.

Zalatoris, who has yet to win on the PGA Tour, now has three second place finishes in nine majors, and six top-10s. “This one, in particular, hurts pretty hard, “he said. “I’m three shots away from practically being a — having a chance of being a three-time major champion.”

A showcase for golf

The build-up to the U.S. Open was dominated by talk of the controversial LIV Golf

series and its contentious battle with the PGA Tour. There was a real risk that the rift would overshadow the U.S. Open but once play started, the quality of golf on display allowed everyone to forget about the divide for four days.

The USGA got the course set-up just right. It tested every facet of the game but still offered rewards for those who played good, smart golf shots. It produced a weekend leaderboard that included four of the top five players in the world, who were matched up against two of the better up-and-coming young players in Zalatoris and Fitzpatrick. And it gave fans a stirring back-nine battle on Sunday that went all the way to the 72 nd hole.

It couldn’t have been scripted any better and was a timely reminder of what could be lost in the big-money battle for control of the game.