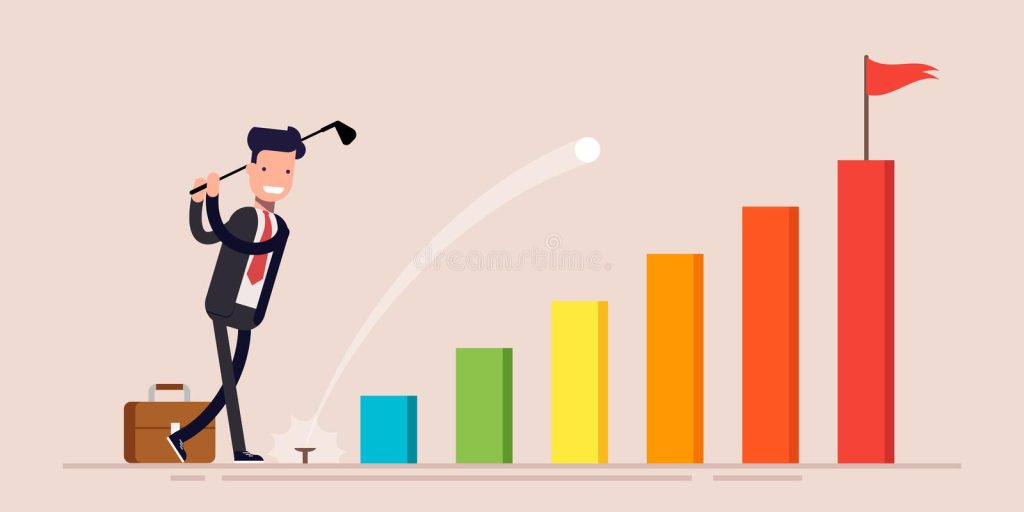 Amid the drumbeat of recent negative economic news, including big layoffs by tech giants such as Amazon and Meta, the owner of Facebook, the golf industry continues to smash it down the center of the fairway.

During the Covid pandemic, more people flocked to golf because it was an outdoor sport where players could easily socially distance themselves from each other. In a sign of the game’s surge in popularity, in 2021 a Korean Private Equity firm snapped up TaylorMade for USD1.6 billion – the largest ever deal in the golf industry. TaylorMade had previously been sold for USD425 million in 2017. That same year the industry also set a first quarter record for equipment sales.

Callaway reported a sizzler of a quarter.

Topgolf is a behemoth – they continue to blow it out of the water.

Callaway was up 15% on the quarter.

More than a year later, the industry is setting new records. Earlier this month Callaway, which is publicly traded, announced sales of US $988 million, a new record for the company. Sales of clubs are up 11 percent over 2021 while sales of golf balls up are up 27 percent. “Our record third-quarter results underscore the strength of our business and competitive positioning across all segments,” CEO Chip Brewer told shareholders. “The long-term trends driving interest and engagement in the modern golf ecosystem continued, highlighted by increased traffic at our Topgolf venues and strong sales in our golf equipment and active lifestyle businesses.”

Following the results, Callaway, which is now called Topgolf Callaway Brands, revised its projected sales for the year upwards to USD 3.985 billion. The company anticipates that all three of its businesses will exceed USD 1 billion in sales, with equipment alone touching USD1.4 billion.

Fellow publicly traded company Acushnet revealed it had sales of just over USD 558 million in the same quarter, and expects sales for the year to exceed US$ 2 billion.

“Acushnet delivered strong third-quarter results, with Constant Currency sales up over 13 percent and growth in all segments,” CEO David Maher said. “While our business is not immune to currency headwinds and input cost increases, we are confident that our ongoing investments in product development, supply chain excellence and innovation will help us deliver long-term value for our shareholders.”

These two companies are the biggest players in golf equipment, but the smaller equipment makers seem to be rolling along too. According to the website MyGolf Spy, Titleist golf gear sales were up 27 percent in Q3 to USD 59 million. And while FootJoy didn’t have the best Q3 because of foreign exchange complications, over the course of the year it’s sales total more than USD 500 million, which is a double-digit percentage increase over 2021.

Forbes magazine also reported in June 2022 that sales volume at PGA Tour Superstores was up over 90 percent compared to pre-pandemic levels in 2019, with apparel in particular doing extremely well.

The industry’s momentum is expected to continue into the future as well. A report published earlier this by Grand View Research forecasts that the global golf equipment industry will grow at 4.9 per cent a year on average until 2030, when it is projected to reach a value of USD 11 billion.

While the United States dominates the market with a 55 percent share, the fastest growth is expected to come from the Asia Pacific region, which the report predicts will have a CAGR of 5.8% from 2022 to 2030. “Asia Pacific offers strong growth potential for golf equipment owing to the rising golf-playing population and increasing disposable income of the middle class,” the report states.

Even India seems to be hopping on the golf bandwagon, with the tourism minister saying the government would encourage tourists to come to India to play golf.

At a time when professional golf is increasingly and at times bitterly divided between the established tours led by the PGA Tour, and the upstart Saudi- backed LIV Golf Tour, the sport itself appears to be economically healthy and robust. That’s good new for golf fans everywhere, no matter which tour you support.