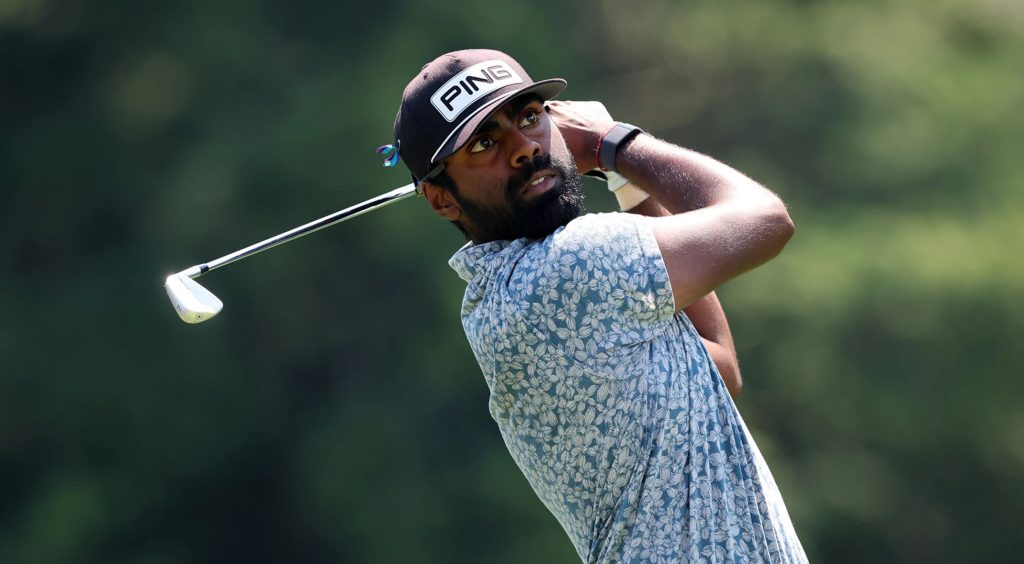 Sahith Theegala, the Californian of Indian origin, and the 2019 US Collegiate Player of the Year, had a one shot lead on the 72nd tee at the US$ 8 million Travellers Championship on the PGA Tour, one ahead of Olympic Gold Medallist Xander Schauffele.

Unfortunately Theegala hit his drive a touch too far left into the lip of a fairway bunker. Theegala’s first attempt at extricating himself from the bunker moved the ball only a few inches. He then pitched out before hitting the green with his fourth shot where his bogey putt lipped out.

Schauffele then proceeded to birdie the 72nd hole for a 68 and a two-shot win over Theegala (67) and J.T. Poston (64).   Theegala, in his first year on the PGA Tour has already earned nearly US$ 2.5 million and is contention for rookie of the year honours.

“Never in a million years did I think I would allow myself to blade it,” Theegala said of the first bunker shot that didn’t get out of the sand. “All I had to do was chunk it. We even said, like, this is a 50/50 ball in terms of I got to try and just basically hit it just a hair behind it.”

“Somehow my body just, I just straight bladed it,” he continued. “I had room there. I don’t know how it looked, but I had room there. Just didn’t think I would let myself blade it. But I guess the moment was – and then from there it’s, like, got to try and make 5 now. Had a little more room. And I did the same thought process. I nearly bladed it again.”

The cruelest of cruel.

A double bogey on 18 for @SRTheegala drops him out of the lead. pic.twitter.com/7ZoAG8NK9m

Sahith Theegala double bogeys on 18 with a one stroke lead. 😬😬

The consolation for Theegala is that his second-place tie at The Travellers, coupled with a third place finish at the Phoenix Open in February, where he finished a stroke out of a playoff and his 5th place at The Memorial means he has proved he can play with the big guns on the PGA Tour. He picked up US$738,000 for the week which bumped him up to 37th in the Fedex Cup standings and virtually assures him a place in the season ending Fedex Cup playoffs, finally getting Theegala the success he was earmarked for when he broke all records at Pepperdine University’s golf team.