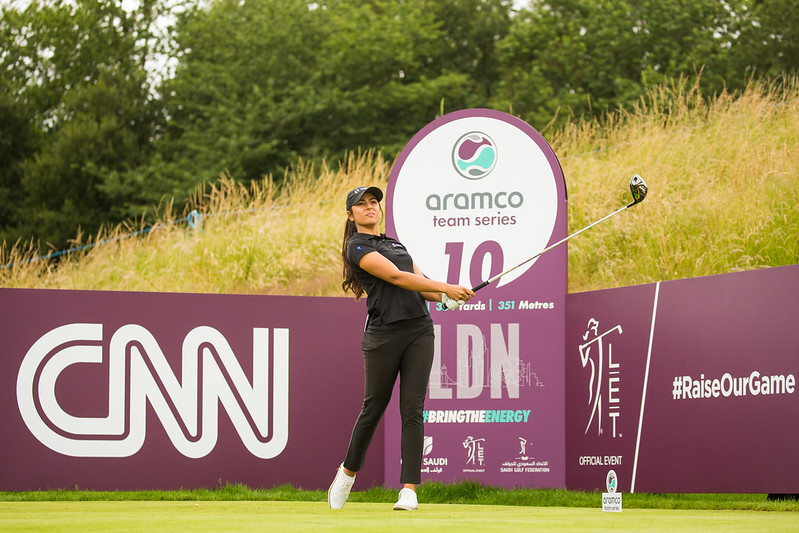 The tournament was won by Bronte Law of England, who made a monster putt for eagle to pip compatriot Georgia Hall by a shot. Law finished at 9-under 210 with rounds of 68-71-71.

In the team event, Malik teamed up with Lucy Hagan (A), Elia Folch and Sophie Witt to shoot 14-under 278 over 36 holes, good enough for a tie for 26th.

Team Garcia, comprising the quartet of Nicole Garcia, Kelly Whaley, Madelene Stavnar and amateur Mia Baker defeated Team Wikstrom – made up of Ursula Wikstrom, Julia Engström, Maria Hernandez and Laurent Dhaeyer (A) – in a playoff in which the respective captains Garcia and Wikstrom played the 18th hole. The teams had tied on 27-under-par after two rounds.

The 26-year-old Malik, who finished 18th in the 2021 Ladies European Tour rankings, has made seven cuts in 12 events so far this season. 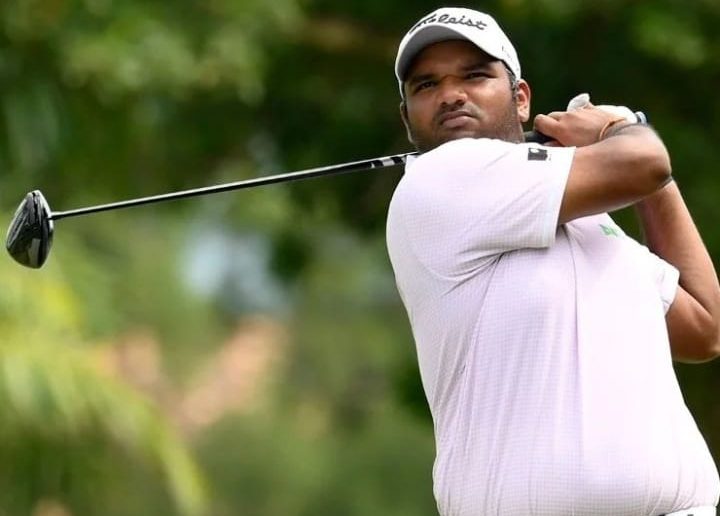 The 31-year-old is  playing on the ADT as the Indian tour has no events until late July or early August. Mane has played in 12 events in 2022, making seven cuts. His best finish is a tie for seventh at the Laguna Phuket Cup in May. Mane has won 11 times on the PGTI and nas represented India at the Olympics.

Jeev Milkha Singh, who turned 50 last December, is still trying to find his form on the Over 50 Legends Pro Tour in Europe. He shot 76-78-73 (11-over 227) to finish tied for 47th at the Farmfoods European Legends Links Championship hosted by Ian Woosman at Trevose Golf & Country Club in England.

Jeev Milkha Singh, who turned 50 last December, is still trying to find his form on the Over 50 Legends Pro Tour in Europe. He shot 76-78-73 (11-over 227) to finish tied for 47th at the Farmfoods European Legends Links Championship hosted by Ian Woosman at Trevose Golf & Country Club in England.

The tournament was won by Scotland’s Paul Lawrie, the 1999 British Open Championship winner. Lawrie shot 64-71-70 (11-under 205) to win the 54-hole, no-cut event by three-strokes over compatriot Euan Mcintosh.

Over the course of his career, Singh has played in all four majors with a best finish of ninth at the 2008 PGA Championship. Singh has also won four times on the European Tour and the Japan tour. He has received the Arjuna Award and Padma Shri for his achievements. His performance on the Senior Tour will be watched with great interest.

Aditi Ashok missed the cut at the US$ 2.5mn Meijer LPGA Classic in Michigan and is still looking for her first top 10 of the current season in USA. Ashok shot 75-69 (Even-par 144) to miss the cut set at 2-under 142

The tournament was won by Jennifer Kupcho in a three-way playoff against Nelly Korda and Leona Maguire.

The tour will now take a month’s break before returning for the US$ 2.5mn Dow Great Lakes Bay Invitational at Midland Country Club in Midland Michigan from July 13-16 where last year, Aditi Ashok and team mate Pajaree Anannarukarn from Thailand shot 19-under par total to finish tied-3rd, five strokes behind the winning team of Ariya and Moriya Jutanugarn.

The Epson Tour is the developmental tour for the LPGA Tour. The top 20 finishers at the end will earn their playing rights. Madan is currently 52nd on the Epson Tour, having made five cuts in nine starts this year. She will next compete in the US$ 200,000 Island Resort Championship in Michigan from June 24-26.