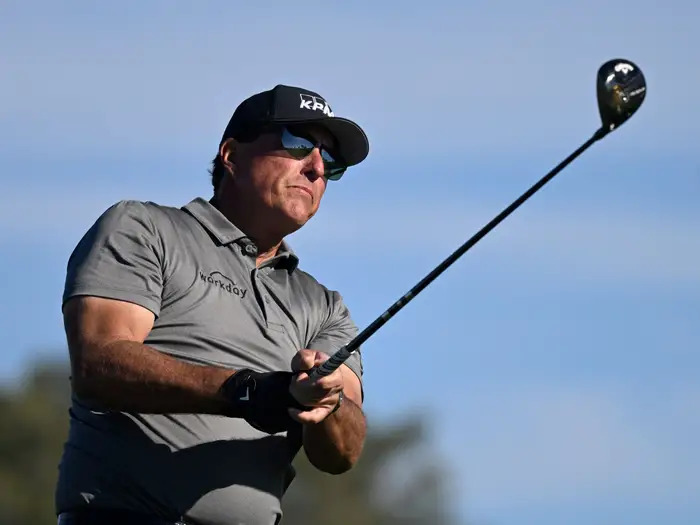 Phil Mickelson may return at this month’s USPGA Championship

After controversially skipping The Masters at Augusta earlier in April, Phil Mickelson has entered the PGA Championship from May 19-22 where he is the defending champion as well as the US Open. There has been much speculation about Mickelson’s return to the tour  since he took three months off from the tour following his controversial comments  about the proposed Saudi backed Professional Golf League  and the PGA Tour back in February.

Mickelson’s agent, Steve Loy, issued the following statement: “Our client Phil Mickelson is officially registered to play in the PGA Championship as well as the U.S. Open.

“We have also filed a request on his behalf for a release to play in the first LIV Golf Invitational in London, June 9-11. This request complies with the deadline of April 25 set forth by the PGA Tour to compete in a conflicting tour event.

“Phil currently has no concrete plans on when and where he will play. Any actions taken are in no way a reflection of a final decision made, but rather to keep all options open.”

Mickelson hasn’t played since missing the cut at the Farmers Insurance Open at Torrey Pines in late January. He was notably absent at the Masters, where he had played every year since 1994, and which he has won three times. Masters chairman Fred Ridley insisted before the tournament that Mickelson had not been “uninvited’’ to play in his 30th Masters, indicating that it was Mickelson who reached out to him to say he would not be playing.

About 15 of the top 100 players are reported to be among the approximately 70 players who have already registered for the Greg Norman-led, Saudi funded LIV Golf event in London, which is the first in a proposed series. Since the event conflicts with the PGA Tour’s RBC Canadian Open on June 9-12, PGA Tour players are required to be granted a release from the tour to compete in the LIV tournament.