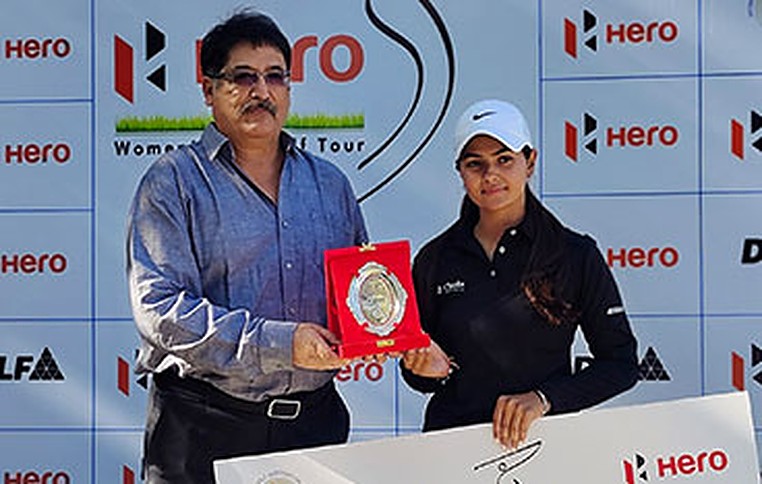 Atwal entered the final round with a two-shot lead over Shagun Narain and ultimately prevailed by just one shot over Ridhima Dilawari, who shot 75-71-73 (6-over 219) to finish second.

Atwal, who is supported by Chennai based Cholamandalam Finance, took the winning cheque of ₹1,30,000.

The tournament featured participation from 31 golfers – 26 pros and 5 amateurs and 21 players made the cut after day two.

Next week the action hots up as HWPGT plays at Bombay Presidency Golf Club and Seher will try to make it two in a row against stiff competition from the likes of last year’s HWPGT #1 Pranavi Urs of Mysore, Vani Kapoor who has a record 29 HWPGT titles to her name and Amandeep Drall, none of whom were in Pune last week.